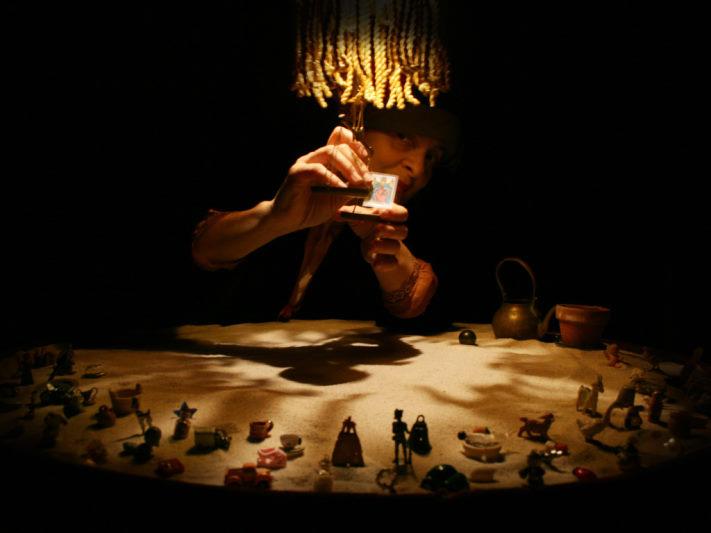 An international scientific and artistic conference will take place in October 2020 as a part of the 55 edition of Maribor Theatre Festival. It will join forces of Academy of Theatre and Faculty of Arts, both part of University of Ljubljana, Slovenian Theatre Institute and Sensorium Theatre, specialised in sensorial language.

Sensorial theatre is today linked to a highly popular branch of immersive theatres that emerged since the turn of the millennium as a popular form of performance. It interweaves playfulness into the relationship between performer, audience, and performance space. While the discussion of immersive theatres has largely focussed on a selection of urban theatre companies who have acquired reputations as the forerunners in the field, it neglected the practitioners of the sensorial or sensory theatre developing immersive methodologies within theatre that are, as yet, largely undocumented. The conference’s aim is to contribute to the field of sensory within the theatre culture, and to extend its discussion by considering the work and the ‘poetics of the senses’ of the Columbian theatre director Enrique Vargas as well as his followers. In doing so it will try to expand the current conceptualisation of immersive sensorial theatres and examine the possible transformative potential of its specific performative practice.

Sensorial theatre started in Slovenia in 1996, with a premiere of Oracles by Enrique Vargas, the world-renowned director of Teatro de los sentidos, whose creative work introduced this specific system to a group of participating Slovenian artists. One of the most prominent researchers in sensory, i.e. multisensory studies, David Howes, points out that the time of the sensorial revolution is coming, not just a turnaround or a turn (in terms of performative, linguistic, spatial, ontological and other turns). The basic aim of the symposium is to map this largely unexplored but important field of performing and visual arts with the performance studies, anthropology, cultural studies and other fields studying art and culture.

The conference will focus on the following issues and topics: studies of specific performances and performing models, as well as examples from the field of sensorial in theatre, performing practices and culture in general. Its aim will be to outline specificities of the sensorial languages within the immersive and devising contemporary art; mapping, defining and foreseeing, which new tools bring sensory theatre to the stage, to galleries and museums and to the spaces of the everyday. It will try to define how does a sensorial method activate the process of self-examination by unlocking images, memories and associations and builds up a specific self-reflection and self-awareness; how do performing and visual arts use specifically the scents; what sensorial revolution brings to the future of art and culture scholarship, locally and globally?

Contributions on research of specific performances and performance models, performing practices and sensory culture, sensory as a possible tool for social mediation and association of different social groups, will be accompanied by a sensorial trip around Maribor.

The conference will also like to shed some new lights on the Enrique Vargas notion of the labyrinth as a place of getting lost and finding oneself, of discovering ‘where we are and who we are’ (cited in Pagliaro, 55); a labyrinth as a liminal passage that one enters and then exits transformed. Thus, it will try to link sensorial theatre to Victor Turner and his ‘crossing of a threshold which separates two distinct areas, one associated with the subject’s pre-ritual or pre liminal status, and the other with his post-ritual or post liminal status’ (1982, 25).[1]

11.00 Caro Verbeek, Vrije Universiteit Amsterdam: “The scent, the scent alone is enough for us beasts!” – the (political) role of smell during the avant-garde”

11.30 Simon Hajdini, University of Ljubljana, Faculty of Arts: The Name of the Rose

15.00 Helmi Järviluoma-Mäkelä, University of Eastern Finland: Talking sensory life into being while moving: sensobiographic walks with artists in Ljubljana and Turku

15.30 Barbara Orel, University of Ljubljana, Academy of Theatre, Radio, Film and Television (AGRFT): The World of Odour in the Slovenian Performing Arts

A Tribute to Giants of the Slovenian Theatre

From our Collections – Samorog by Gregor Strniša and the 90th anniversary... Scroll to top