In celebration of the Festival’s 50th anniversary, the Slovenian Theatre Institute, the National Liberation Museum, the Slovene National Theatre Maribor and the Maribor Theatre Festival have prepared in cooperation with Slovenian theatres, the Academy of Theatre, Radio, Film and Television and Celje Historical Archives (and for the virtual e-xhibition also the Novi Zato. Institute and RTV Slovenia – Radio Slovenia) the exhibition and the catalogue Borštnik Bound!. In them, we present the beginning, the development and the atmosphere of the Festival, while simultaneously trying to catch the Zeitgeist by drawing parallels between the Festival events and the life of Maribor.

We’re also interested in the Festival from the aspect of the history of the Slovenian theatre – emphasising the best performances and paying special attention to the winners of the Borštnik Ring Award, the most important Slovenian award for achievements in acting. This part of the exhibition is also accessible in its virtual form at the websites of sigledal.org and the other participating institutions; in the coming years the e-xhibition will be updated with the new Borštnik Ring Award winners. 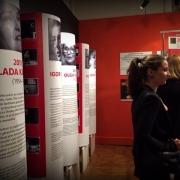 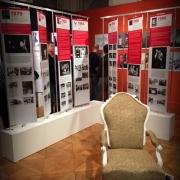 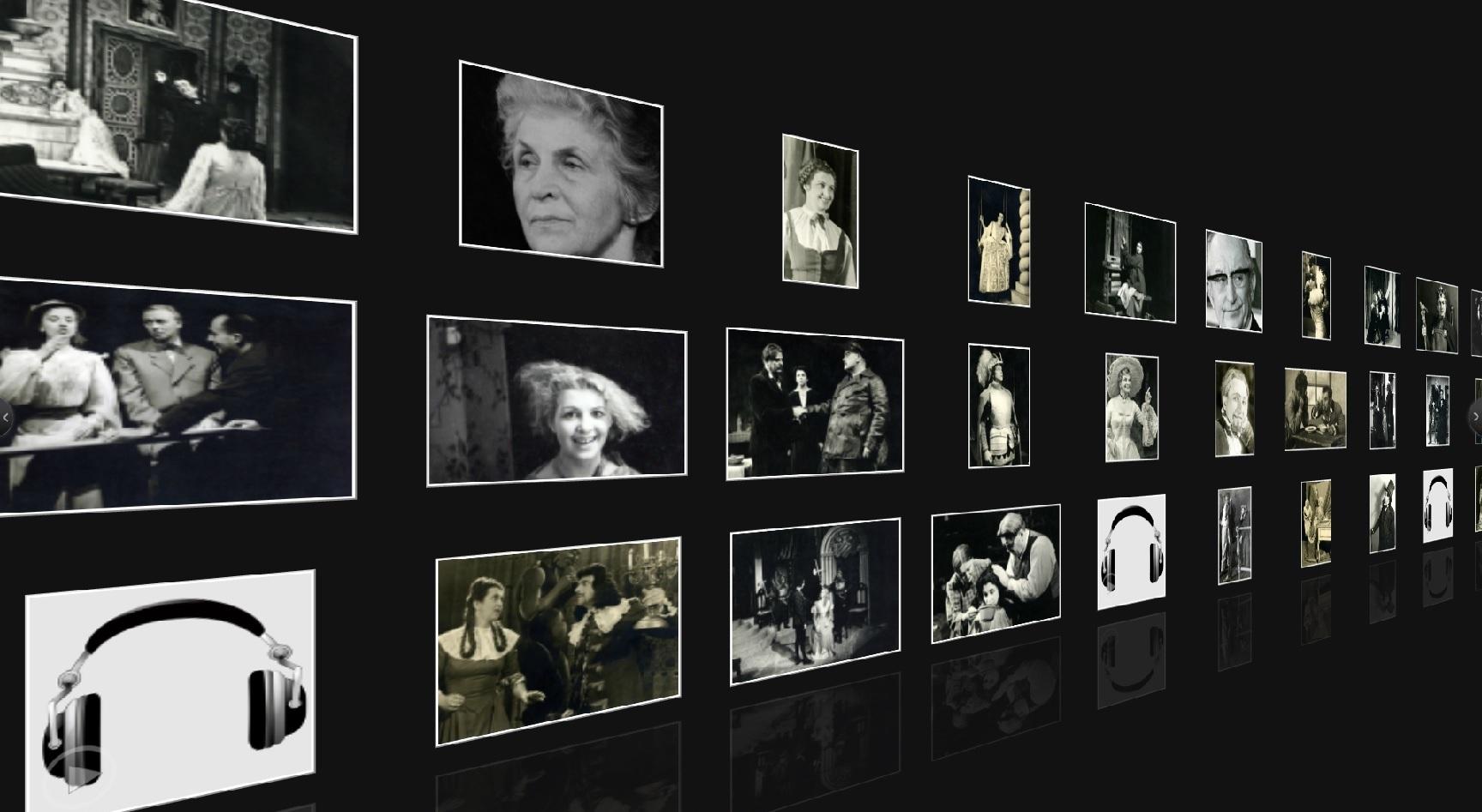 The Slovenian Theatre Institute and in cooperation with the Ministry of Culture of the Republic of Slovenia. Have also prepared the exhibition Portraits of Champions – Borštnik Ring Award winners (1970-2015), in the lobby of the ministry (Maistrova 10, Ljubljana) from 8 October 2015 to 27 January 2016.

We would also like to honour the audience, present different festival scenes/settings, peek into the theatre and festival backstage … for this reason, this year we have recorded conversations with the Borštnik Ring Award winners and personal accounts of Borštnik veterans (the most eminent creators of the Festival, but also those who usually remain in the background) and companions of the Festival. The excerpts from the recordings have been included in the exhibition as well as the e-xhibition. 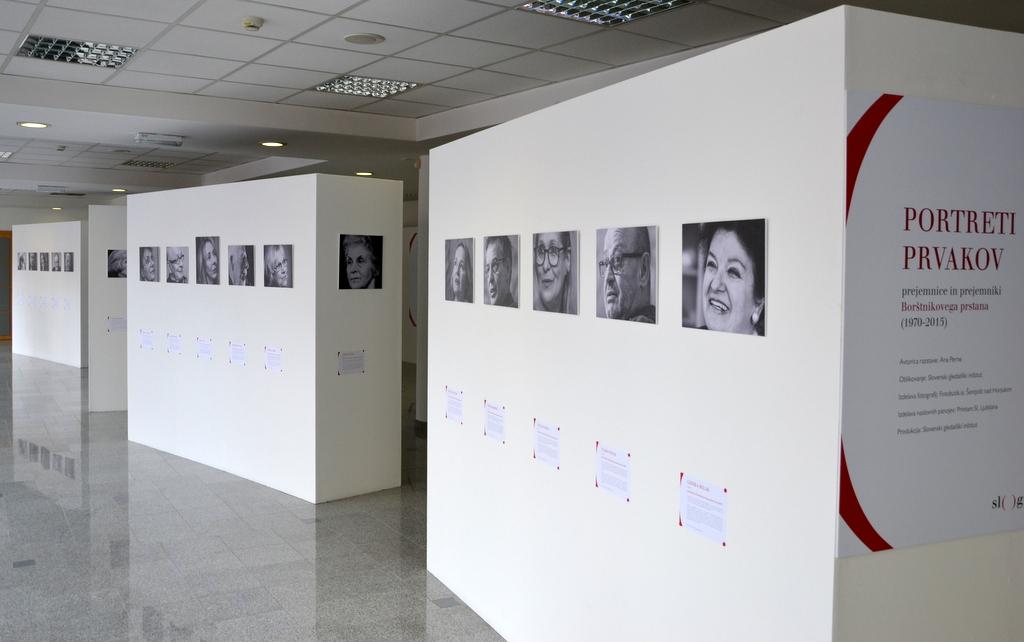 “Borštnik” is a name that can often be heard in Maribor homes, cafés, streets, squares and schools in October. “Borštnik” is something that simply belongs to Maribor, something that has always been here and always will be – at least this is how it seems to us, the (former and current) inhabitants of Maribor. Borštnik is impossible to separate from the lively pulse of the Štajerska metropolis, along with the likes of the Golden Fox competition, Lent Festival, Merry Autumn festival, pruning the world’s oldest vine, St Martin’s feast, the matches of the Maribor football club …

And it’s not surprising, either: the Festival has been living with Maribor for half a century, several generations have grown up with and gathered at it. In these fifty years, we’ve survived great changes – we replaced self-managing socialism with capitalism, exchanged the Yugoslav passport with the Slovenian one, traded love letters and postcards for messages in social networks and progressed from typewriters and carbon copiers to 3D printers. But the Festival remains a constant; true, it has ebbs and flows, but it repeats every single year, without interruption: in the distant 1966, the Week of Slovenian Theatre was organised for the first time within the Maribor Culture Review; in 1970, it became a competition festival and the name the Borštnik Meeting, the first Borštnik Ring was awarded; in the late 1970s, the Festival introduced a “coordinator of the competition programme” to coordinate and decide from amongst the theatres recommendations; and in the early 1990s, a selection of competition performances , chosen at first by a selection committee and then by a single selector; in 2009, the Festival went through a complete overhaul and was renamed in Slovenian as Festival Borštnikovo srečanje and in English as the Maribor Theatre Festival.

The Festival – as we know – takes its name after the actor, director, playwright and theatre educator Ignacij Borštnik (1858–1919). It is less known that this name was chosen in 1970 by Josip Vidmar, the eminent theatre critic and the president of the Slovenian Academy of Science and Arts, and Branko Gombač, the then director and artistic director of SNT Maribor – Drama and one of the founders of the festival. In doing so, they showed respect for the great artist and at the same time the ambitious orientation of the festival. Ignacij Borštnik is considered to be the “leading character of the theatre generation that transformed dedicated amateur actors in Slovenia into professionals” (Filip Kalan). Dramatist and critic Adolf Robida wrote about Ignacij Borštnik at the beginning of the 20th century: “Vienna would be proud of him.” Let us, on this venerable anniversary of “Borštnik” paraphrase his thought: “May Maribor continue to be proud of him!”

The history of Europe – told by its theatres Scroll to top