Our fifth year of  Amfiteater starts with four articles and a quartet of book reviews to accompany them. In the first article, Anja Rošker deals with a segment of Jernej Lorenci’s opus from the perspective of intercultural performances. Until now, his performances created between 2005 and 2011 have not been considered in such a way. Next are two articles that were written in English language. Jure Gantar investigates performances in which the directors and other collaborators are urgently exposed to the questions of (in)fidelity to the original. Using examples from productions of Shakespeare’s plays as well as various operas staged in Great Britain, Canada and the USA, including a few occasional stops on the European continent, and with the help of memetics and fascinating historical details, he proposes that it is precisely the shift from the traditional performing arts practices and readings that enables the long- term survival of a play. The central question put forth in the article by Angela Butler is how the Dublin Theatre Festival is responding to today’s information-intensive society, marked by digital culture and emergent attention modes, the latter of this which the author refers to as counter-attention. Besides these presented content layers, the publishing of this article in  Amfiteater has still another motive – I hope that it will encourage someone to reflect on and write about the Maribor Theatre Festival or the Week of Slovenian Drama or a similar overview festival in a similar way. The fourth short academic contribution arose alongside Ivo Svetina’s book Gledališče Pekarna (1971–1978). Rojstvo gledališče iz duha svobode: pričevanje. [The Pekarna Theatre (1971-1978). The Birth of Theatre from the Spirit of Freedom: A Testimony]. In his article, Tomaž Toporišič deals with the Slovenian neo-avant-garde theatre and declares Pekarna as the most provocative harbinger “of the performative turn and of anthropological theatre, which in the 1970s also helped to air out the concept of the national identity.”

The Dialogue with the East in the Performances of Jernej Lorenci

Till Director Does Them Part: Theatre and Fidelity Discourse

How to Historicise Contemporary Slovenian Theatre?

Amfiteater – Journal of Performing Arts Theory was founded in 2008 by the University of Ljubljana, Academy of Theatre, Radio, Film and Television. 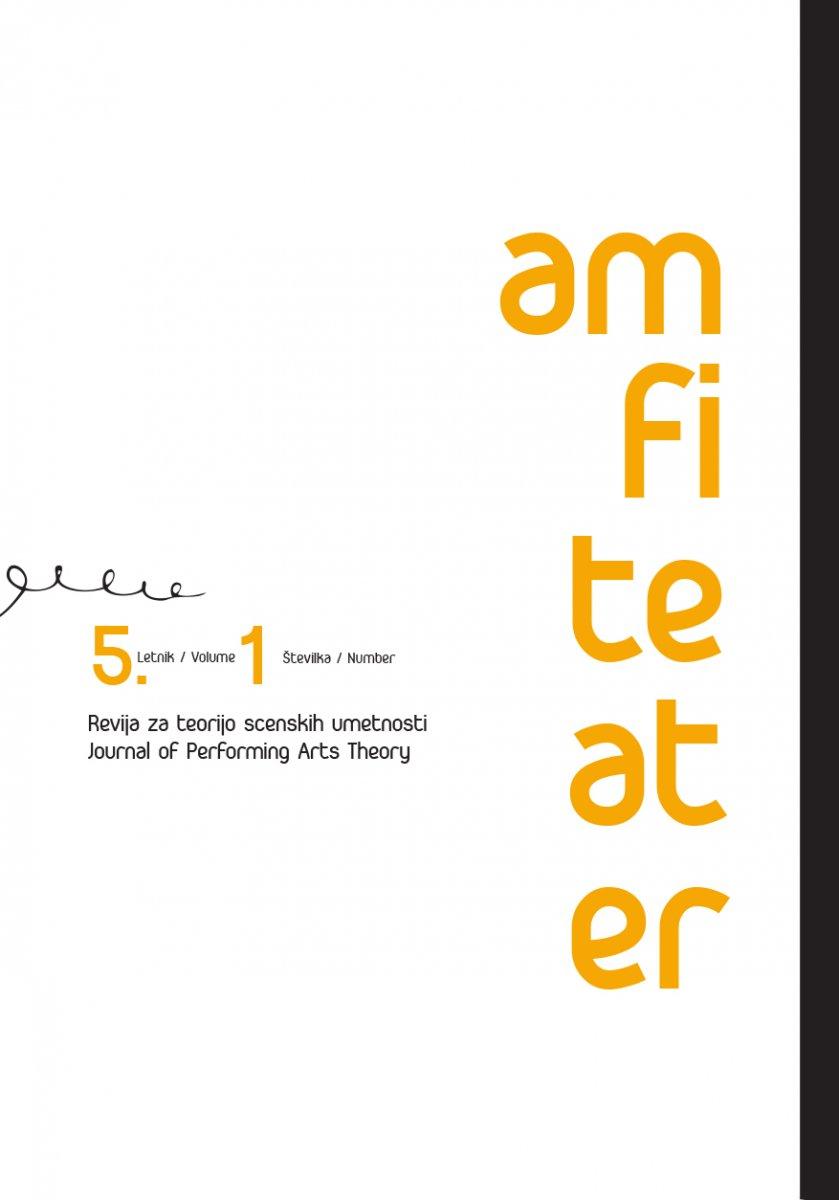 This work is published under Attribution 4.0 International (CC BY 4.0) Licence.

The journal is published twice annually. Price of a single issue: 10 EUR. Price of a double issue: 18 EUR. Annual subscription: 16 EUR for individuals, 13 EUR for students, 18 EUR for institutions. Postage and handling not included.

The journal is included in: MLA International Bibliography (Directory of Periodicals).

The publishing of Amfiteater is supported by the Slovenian Research Agency and the Ministry of Culture of the Republic of Slovenia. 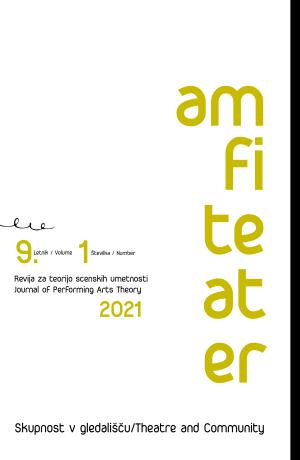 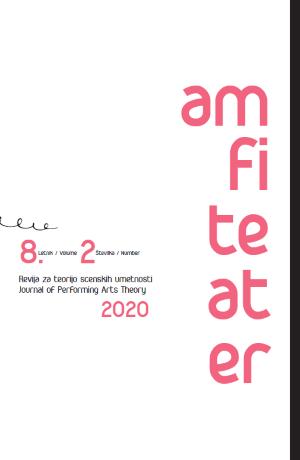 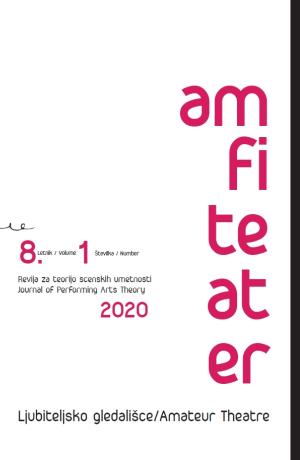 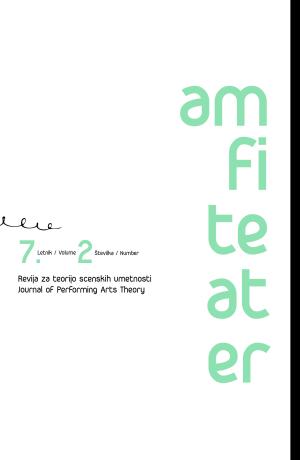 The Amfiteater’s second number of the seventh volume is dedicated to the work of Simona Semenič. It…