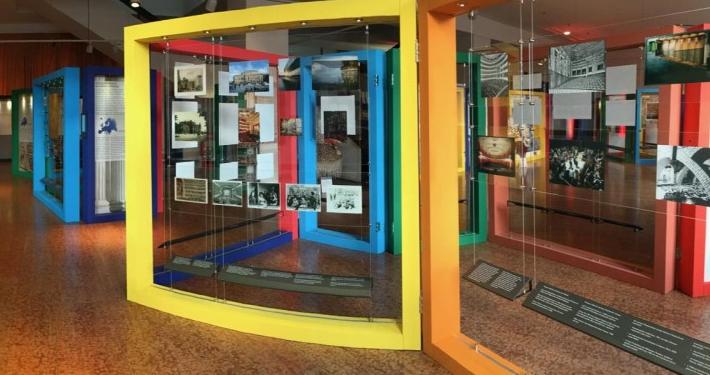 The history of Europe – told by its theatres. European Touring Exhibition.

“The history of Europe – told by its theatres” was a touring exhibition, created by six theatre museums from six countries. The exhibition was on show from 2015 to 2018 in Warsaw, Copenhagen, Vienna, Munich, Ljubljana, Hanau, London, and Bellinzona. With more than 250 exhibits, the exhibition illustrates how the history of Europe from antiquity to the present is mirrored in the performances and the theatre buildings of the different eras. The focus is therefore not on battles or political power play, but on mutual influences across all borders and the development of society – all that has shaped Europe and continues to shape it.

The exhibition aims to inspire the visitor and invites him to connect the past and present on display with the possible future. And obviously, topics like “Changing Society”, “Religious Impact”, “Democracy” are immediately relevant today and to our future.

It was the first time that a group of museums created an exhibition as team, each proposing well-chosen exhibits from its own and other collection(s) and discussing all proposals with the colleagues from the partner museums. The result is also a panorama of European theatre collections.

Have a look at the exhibition magazine.

And find the entire exhibition on the Internet. 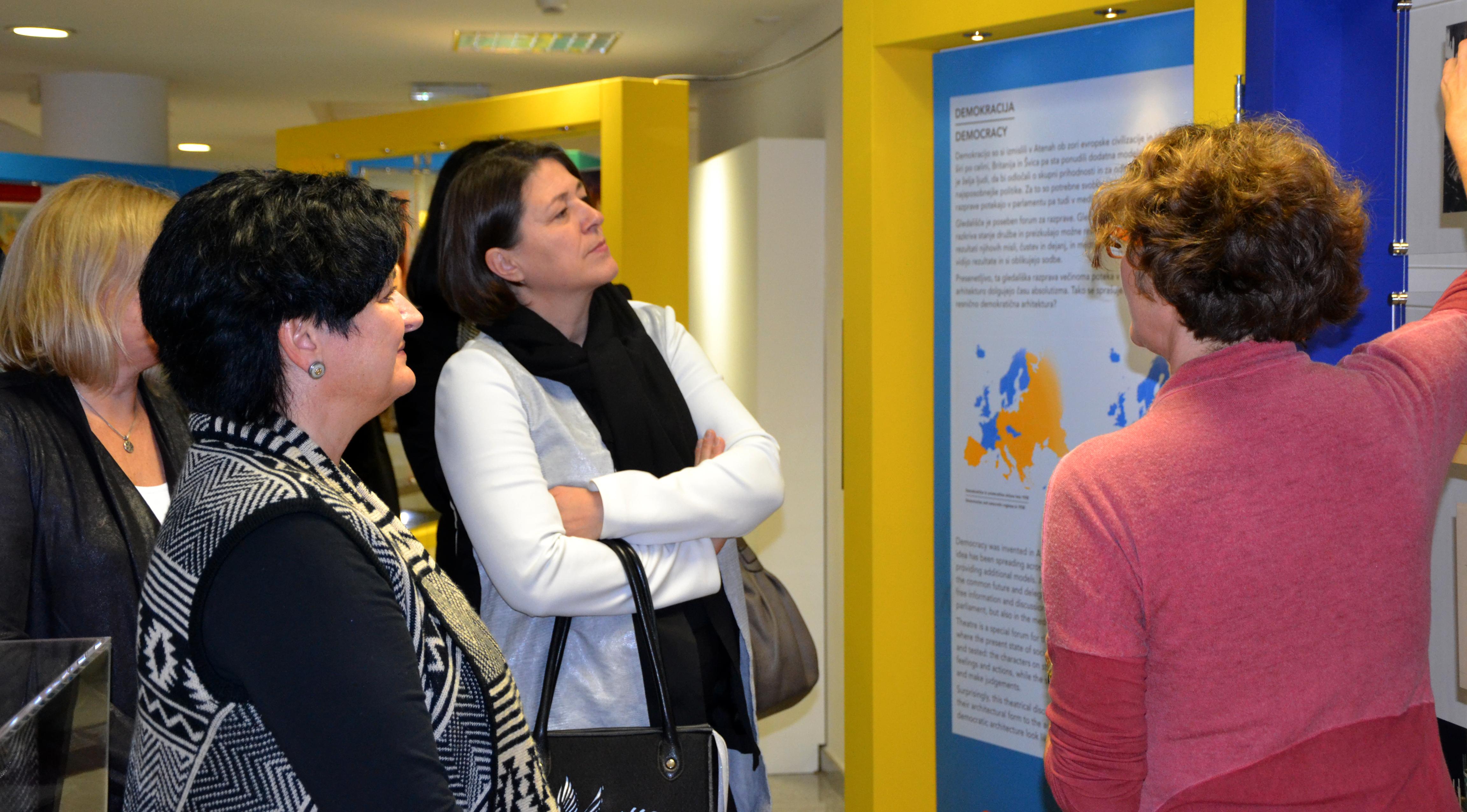 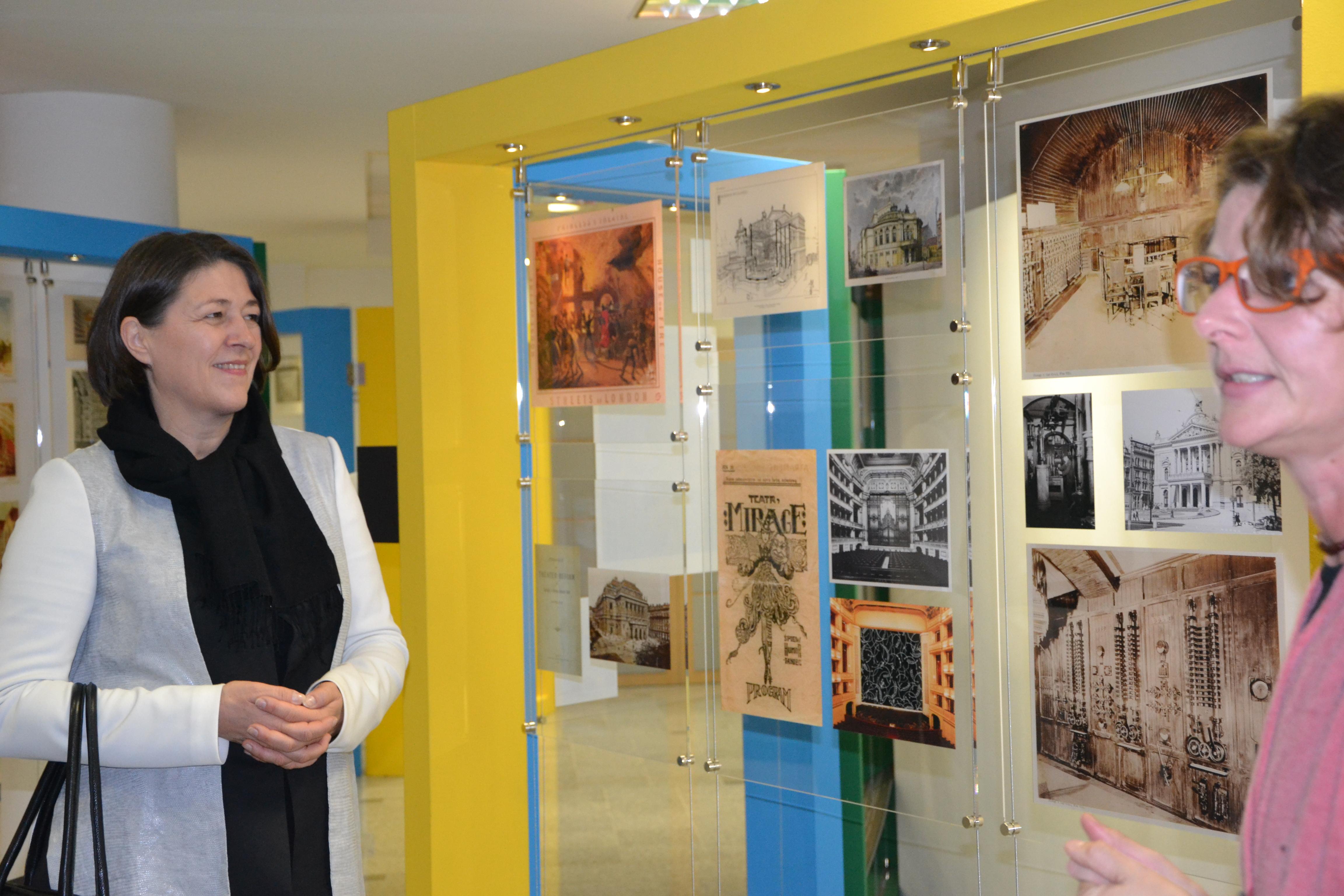 Theatre in Europe started in a religious context, was later condemned by the church, much later endorsed by it as propaganda instrument, and finally freed itself from religious impact to become the secular event we still enjoy today. Carsten Jung

What is a nation? What defines its identity? Is “nation” a category that has a future, or is it out of date and will disappear? And what has theatre got to do with it? Carsten Jung

No hurricane hit the city, no plane crashed, no ferry sank, no trains collided, no reactor melted down. It was simply a theatre on fire. But the catastrophe was so terrible that it changed everything. Daniela Franke & Carsten Jung

What is a border, and what effect does it have? Do we need borders? What happens when borders become permeable or vanish altogether? Carsten Jung

The history of Europe could be told as a succession of wars, raging for 2500 years. It was only after the ultimate disaster of two World Wars that institutions were created to prevent wars in Europe: the OSCE, the Council of Europe, and, by and by, the European Union. Carsten Jung

Parliament is the greatest theatre of democracy, a venue for debate and far reaching decisions. Theatres, too, are great venues for debate. But how can they be democratic?

The history of Europe – told by its theatres

About the Roads to »The Grandest Invention of Human Spirit« in Slovenia: Milestones...
Scroll to top