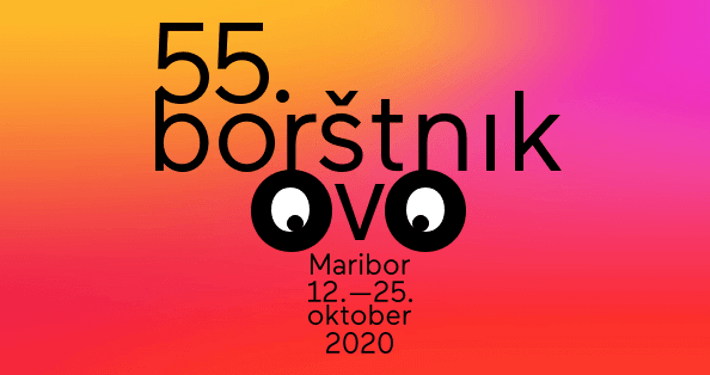 At the Maribor Theatre Festival 2020

Due to the deteriorating epidemiological situation, adopted measures and recommendations of the Government of the Republic of Slovenia and at the suggestion of the Board of Directors of Slovenian Theaters, the Maribor Theatre Festival, in agreement with the Ministry of Culture and the Municipality of Maribor, made a demanding decision that the festival closes on Friday, 16 October 2020.

Maribor Theatre Festival is the oldest and the most prominent theatre festival in Slovenia. The festival consists of several thematic programs, including Slovenian theatre performances in competition program and international program. Prizes are given for best artistic achievements, the most prestigious prize is the Borštnik Ring, awarded by a special jury to a deserving Slovenian actor for his/her life’s work. The festival has recently evolved into an international event.

Slovenian Theatre Institute participates at the festival at the following events:

Young Theater. Professional education for primary and secondary school teachers and theater creators, artists and other professionals in cultural institutions.

The Stage, a radio broadcast about contemporary theatre: 50 Years of the “Borštnik Ring” Award. Radio broadcast, 3rd Programme of Radio Slovenia – ARS. The authors Petra Tanko and Ana Perne are preparing two broadcasts with which they would like to pay tribute to the artists who have elevated the Slovenian theatre to the highest level, and also introduce the listeners to intangible cultural heritage, preserved as recordings at the Slovenian Theatre Institute.

Sensorial in the theatre – on the scent trail in and beyond the everyday, international conference. The conference’s aim is to contribute to the field of sensory within the theatre culture, and to extend its discussion by considering the work and the ‘poetics of the senses’ of the Columbian theatre director Enrique Vargas as well as his followers. In doing so it will try to expand the current conceptualisation of immersive sensorial theatres and examine the possible transformative potential of its specific performative practice.

A Tribute to Giants of the Slovenian Theatre. Portraits of the recipients of the “Borštnik Ring” Award, opening of the exhibition. The existing close-ups, in which the whole is formed through a careful layering of nuances, are the first series of portraits of the project that the author Marjan Platovšek will continue in the next years with the faces of the laureates who received the highest lifetime achievement acting award in Slovenia.

After the festival, we will host this year’s recipient of the Borštnik Ring Award.

A Tribute to Giants of the Slovenian Theatre Scroll to top