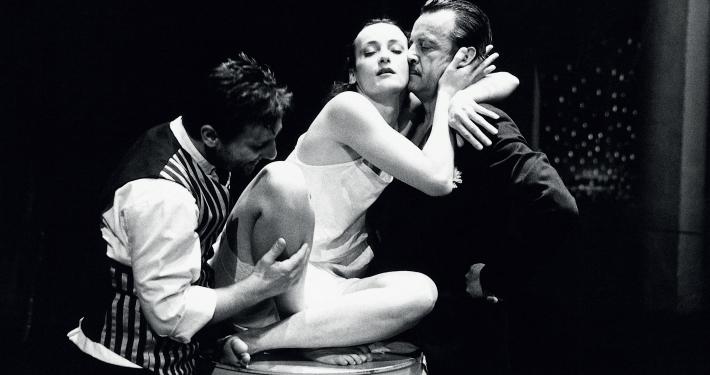 On the 18th of November, Gregor Strniša (1930–1987) would celebrate his 90th birthday. He belongs to the most prominent Slovene drama authors and poets of the 20th century. Samorog (The Unicorn), a poetic drama piece by Strniša, was described as “a highly valuable poetic and drama artefact; its strength can be recognized in the frame of the contemporary Slovenian drama writing, as well as in the context of the Slovene drama history as such” – as critic France Vurnik reviewed it when the book edition of Samorog was published (Obzorja, 1967).

The Unicorn, Strniša’s symbolic allegory, was first staged in 1968, directed by Andrej Hieng in the Ljubljana City Theatre. However, the photography by Tone Stojko shows the scene from the performance which was staged at the Slovenian National Theatre Drama Ljubljana, directed by Meta Hočevar in 1992. Bojan Emeršič, Saša Pavček and Andrej Nahtigal appeared in the roles of the perjuring innkeeper Pincus, of the twin sister Uršula who sees the deeper truth, and of the Executioner, the carrier of death that Uršula, however, does not fear.

From our Collections – November 2020 Poster: 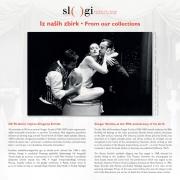 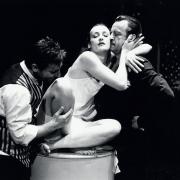 Sensorial in the theatre – on the scent trail in and beyond the every...

Photo: Marijan Pal. Source: Iconotheque SLOGI – Theatre Museum. From our Collections – Bert Sotlar, on the Eve of 100th Anniversary of his... Scroll to top