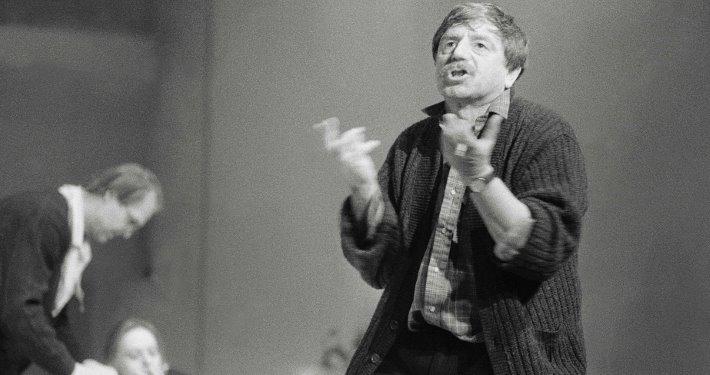 From our Collections – At the farewell of Dušan Jovanovič, an exceptional theatre man

The great practitioner and thinker of theatre and society, theatre director and playwright Dušan Jovanović (1939–2021) also founded and artistically directed some of Slovenian theatres. Furthermore, he taught for several years at the Ljubljana Academy of Theatre, Radio, Film and Television, wrote numerous essays, columns, television scripts. With his rich artistic oeuvre he significantly marked the Slovenian territory and the territory of the former common state Yugoslavia and received numerous awards. The Wall, the Lake, a cross-genre, enigmatic, intimate character play, which he staged at the Slovenian National Theatre Drama Ljubljana in 1989 – the photo was taken at one of the rehearsals – received the Grum Award and also the Borštnik Award for the best performance of the year. A famous stage production that has left a permanent impression in many spectators’ memories.

Dušan Jovanović, thank you for your audacious gestures and intriguing artistic quests!

From our Collections – January 2021 Poster: 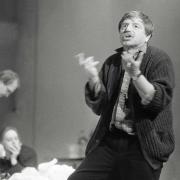 Dušan Jovanovič at one of the rehearsals for the play The Wall, the Lake (directed by Dušan Jovanović, Drama of the Slovenian National Theatre in Ljubljana, première 21 February 1989). Photo: Tone Stojko. Source: SLOGI Iconotheque – Theatre Museum.

Museum is reopened from January 25th

From our Collections – At the farewell of Nevenka Koprivšek, the first lady... Scroll to top