Beyond Everydayness, Exhibition of Theatre Architecture in Central Europe

Is the Czech National Theatre representative of Czech architecture?
What about the iconic theatres in Prague, Ljubljana, Warsaw, and Bratislava?
Is there still such a thing as national theatre at the start of the 21st century? And how is it to be represented in modern architecture if it is to look different from shopping centres or casinos?
And is there any such thing as national architecture or an exclusively global style?

These and other questions are addressed in the large-scale exhibition project ‘Beyond Everydayness’, an exhibition of dozens of theatre buildings. The evolution of styles of theatre buildings and theatre spaces generally in Central Europe is an interesting topic owing to the multicultural composition of the region. Defining a comprehensible pattern of architectural activity in the region is one of the objectives of this exhibition. The curators divided the exhibition along two axes: according to the given contemporary state system and chronologically. This concept is reflected in the imaginative architectural design of the exhibition, reminiscent of a musical staff.

The creators of the exhibition also reflected the fact that theatre tends to be regarded as the pillar of national culture and language. It seems that even architecture is not immune to the influence of national or nationalistic attributes. Is this a good or bad thing?

Wide public interested in theatre, architecture or history, students and experts in the fields of architecture or theatre were confronted with an extraordinary exhibition which included architectural development in the CE region ranging from the 18th century up to the present.

From hundreds of materials (photos, plans, models, videos etc.) collected in all participating countries the curators selected those which give the most concise and attractive picture of each building. The exhibition in its original size encompassed more than 70 most important buildings from the CE region and presented them on an exhibition area of approximately 500 square meters.

Curator of the exhibition: Igor Kovačević

The exhibition is realized in the framework of the TACE project (Theatre Architecture in Central Europe). The project is organized by The National Theatre Prague in cooperation with theatre institutes and museums from Poland, Slovenia, Slovakia and Hungary. The project was initiated by The Theatre institute Prague.

With the support of the Culture 2000 Programme of the European Union and Ministry of Culture of the Republic of Slovenia. 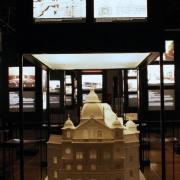 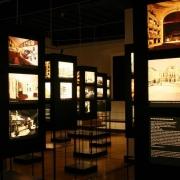 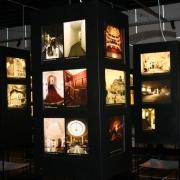 “The new theatre for the 21st Century” (International TACE proj...