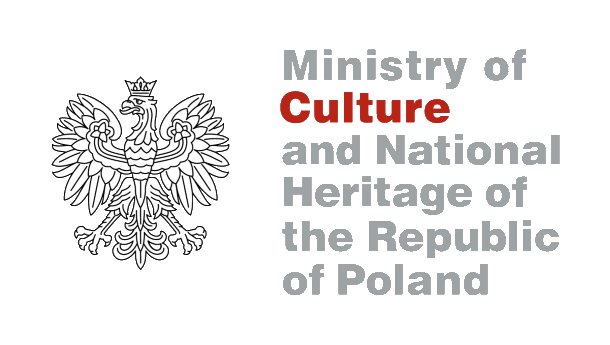 Classics in the Graphic Novel

Drama is both literary genre and performing source material. The essence of dramatic writing is a dialogue – an exchange of opinions among dramatic figures, characters, between an author and a reader, among actors and audience. Through dialogue antagonisms are created, expressed and calmed, harmonies established, differences accepted, interpersonal relations formed, fundamental human and personal truths about the world and his/her position and role in the world expressed, … Since its beginnings in the antique Greece drama has been a place of ideological contemplation on fundamental human values and interpersonal relations.

In 2019–2023, Slovenian Theatre Institute with partners from Poland (Zbigniew Raszewski Theatre Institute, Warsaw) and Slovakia (Theatre Institute, Bratislava) coordinates the project Classics in the Graphic Novel: A pilot model of new high school culture education through graphic novels. The project is co-funded by the Creative Europe Programme of the European Union.

The core concept of the project

Three European partners chose three canon European dramas – three European drama classics. Three visual artists, graphic novel authors in collaboration with students from three high schools realize selected canon dramas in graphic novels. Each drama-graphic novel will be available in Slovene, Polish and Slovak language. Based on the developed graphic novels and together with artists, students and teachers at partners’ creative residencies, partners will develop a pilot model of innovative cross-sectoral and interdisciplinary culture and art education in high school. The theatre heritage and history of staging of selected dramas in partner countries will be presented to the international stage with an e-exhibition. 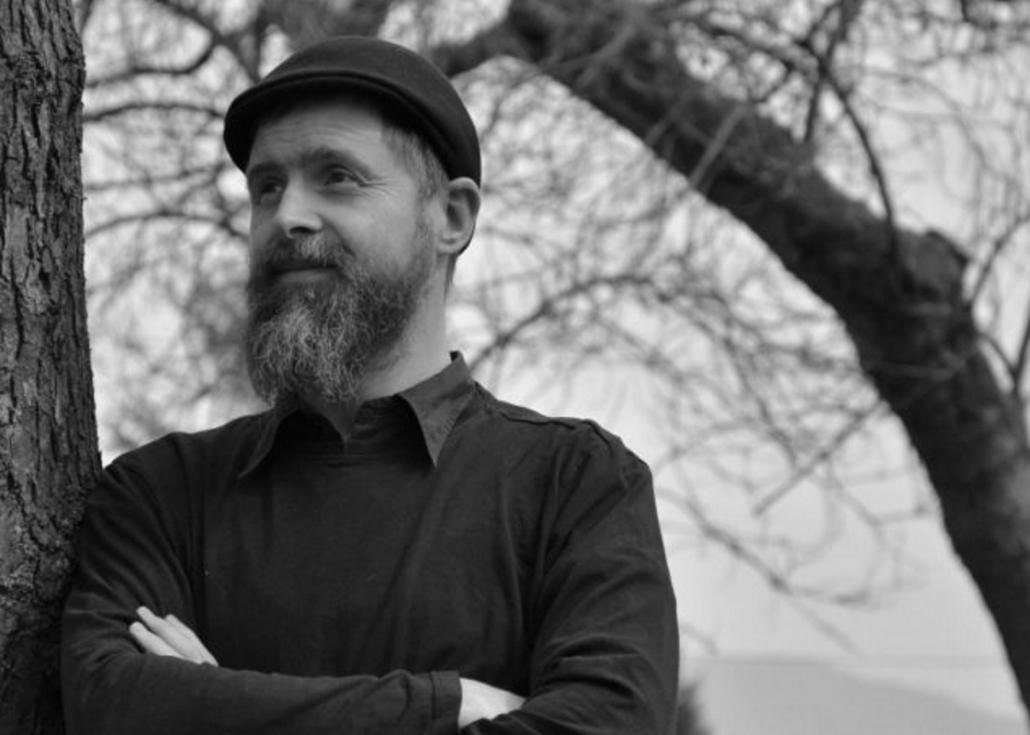 Ciril Horjak (1975), Slovenian visual artist, in world of comics also known as Dr. Horowitz, by the end of the 1980s already received award at a competition for young comic artists in Novi Sad (Serbia) two times in a row. By the end of the 1990s he started publishing comics in Slovenian most known comic magazine Stripburger. In November 2003 he published his first comic book album called Ride. In 2011 he received an award from Andragogical Centre of Slovenia (ACS) for his work on educational field. He is well-known illustrator and caricaturist for Slovenian newspaper Večer, where he started illustrating in 2007 and in period of more than 10 years, he already created well after 1000 illustrations. For his notable work in journalism, he received an award from Slovene Association of Journalists (DNS). He is a guest lector at many Slovenian schools and faculties where he lectures about comics. He is working with young people with autism and leading variety of workshops, he is desired storyteller on many festivals and events. His illustrations were also noted abroad. His work was published in newspapers such as Guardian and Chicago Tribune. 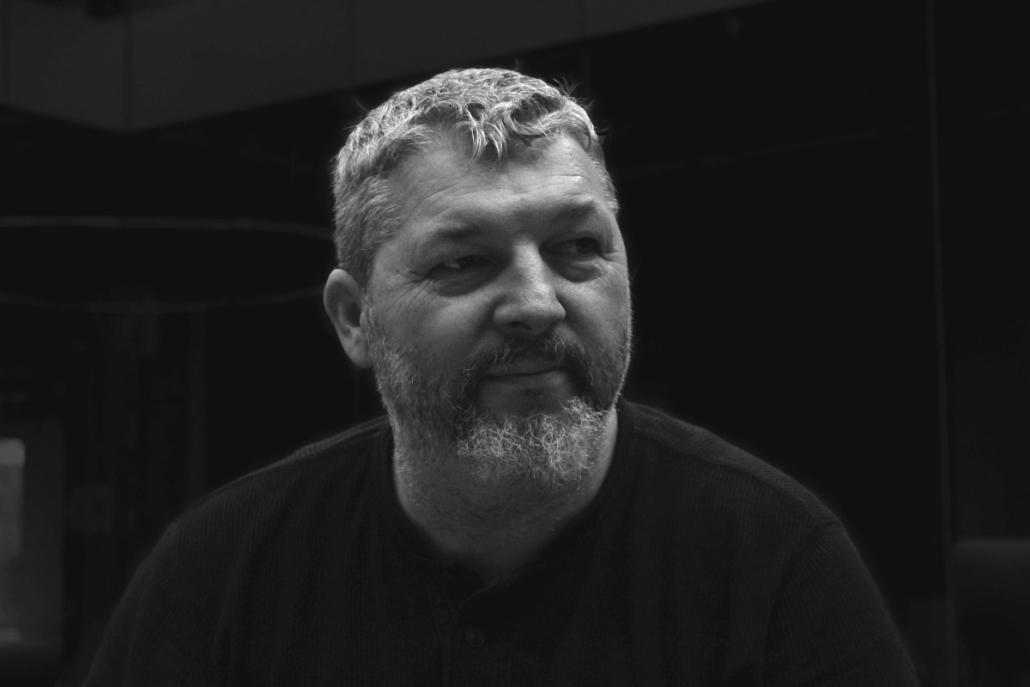 Juraj Martiška (1969), Slovak visual artist, has been focusing on book illustration, free hand painting and graphic design. Until now, he has illustrated dozens of schoolbooks and books for children and youth. In 1990 he started publishing comics in the magazine Ver (Believe!) with his debut called Ostrov Samar (The Island of Samar). Since 1992 he has published numerous comics in magazine Svetlo (Light), such as original comics Veľký priateľ (A Big Friend), Starosti kráľa Michala (Worries of King Michael) or Vesmírni pútnici (Space Pilgrims). He also collaborated with magazine Včielka (The little Bee) and with AHA magazine and magazine Výskumník (Explorer). Juraj Martiška won numerous awards, among them The Ľudovít Fulla Award for his achievements in book art for children and youth and several prices The Most Beautiful Books of Slovakia and The Most Beautiful Children’s Book. His name was put on the prestigious IBBY Honour List in 2012 and in 2020. 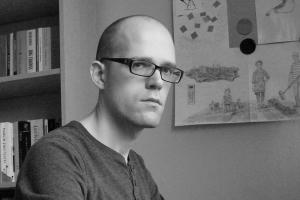 Daniel Chmielewski (1983) is a Polish author of comics and children’s books. He has written and illustrated I, Nina – an adaptation of Nobel prize winner Olga Tokarczuk’s novel Anna In in the Catacombs, published in Poland in 2018 and set to be published in the USA by Uncivilized Books in 2021. He is the author of the album Voyeurs, illustrated by Marcin Podolec and published in Poland and France, illustrator of the short piece The last novel of James Joyce by Peter Milligan, and co-author, together with psychiatrist Katarzyna Szaulińska, of Murky waves – a comic showing how to cope with depression, given out to teenagers in Poland during special workshops in schools. He teaches comic narration in three culture centres in Warsaw, makes storyboards for television and illustrations for sport psychologists to aid them in their work.

SLOVENIAN THEATRE INSTITUTE (Slovenski gledališki inštitut) is a national public institution whose mission is the development of theatre culture and the promotion of theatre art, whereas it is also engaged internationally. The Institute and its predecessors have been operating as the central Slovenian theatre museum for more than 65 years. It collects, preserves, processes and presents materials connected to performances from Slovenian professional theatres and their creators, theatre-related video and audio materials and the archive legacies of Slovenian theatre creators. Repertoire – digital database, edited by the Institute, holds detailed reports of professional performances in the last 150 years of Slovenian theatre history, and the specialized theatre library holds the collection of Slovenian theatre works. The Institute is also active in the field of arts and cultural education and is the national coordinator of the arts and cultural education in the field of theatre. Golden Stick (Zlata paličica) platform, operated by the Institute, provides a comprehensive web-based environment on recommended high-quality theatre performances for children and youth and recommended arts and cultural education content in the field of theatre.

The project Classics in the Graphic Novel: A pilot model of new high school culture education through graphic novels is co-financed by the Ministry of Culture of the Republic of Slovenia.

THEATRE INSTITUTE (Divadelný ústav) is a specialized institution with nationwide outreach, directly subjected to the Ministry of Culture of the Slovak Republic. It conducts comprehensive research, documentation, scholarly analyses and provision of information on theatre culture in Slovakia dating back to the establishment of the first professional scene in 1920. As part of its expert activities, the Institute systematically collects, scientifically processes, protects and makes accessible collection funds (archive, museum and documentation items) about the history and present of Slovak professional theatre. It also runs a comprehensive information system about professional theatre in Slovakia. The Theatre Institute collaborates with its partner institutions in Slovakia and abroad.

The Theatre Institute is a state contributory organizations founded by the ministry of Culture of the Slovak Republic.

ZBIGNIEW RASZEWSKI THEATRE INSTITUTE (Instytut Teatralny im. Zbigniewa Raszewskiego) deals with documentation, promotion and animation of Polish theatrical life. It supports educational projects, research, and acts as publisher. The Institute manages the largest archive of theatre related documents in Poland, maintains a library, houses a specialist bookshop PROSPERO, and runs a theatre studio where presentations are open to the public. The Institute manages a portal devoted to Polish theatre (e-teatr.pl), and the site Encyclopedia of the Polish theatre (encyklopediateatru.pl). The Institute’s programs and competitions aim at initiating activities within theatre pedagogy, supporting the staging of both Polish contemporary art and classic works of Polish literature, disseminating the idea of public theatre, as well as developing practices on the intersection of theatre and other fields, such as theatre photography, choreography in dramatic theatre, radio dramas, and other projects created by visual and new media artists.

With the support of the Creative Europe Programme of the European Union.

The information at this web page reflects only the author’s view. The EU Education, Audio-visual and Culture Executive Agency and EU Commission are not responsible for any use that may be made of the information it contains.